Results are in: Student Survey about School Closures 7th Jan 2021 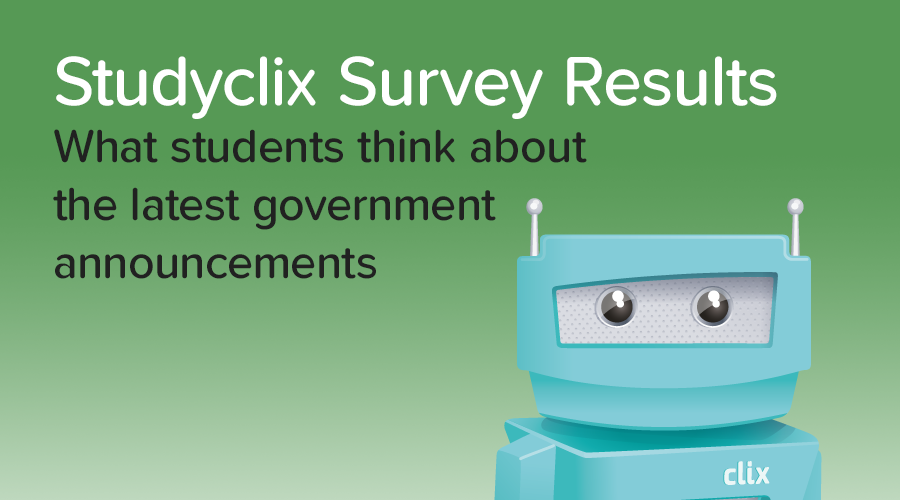 In light of the recent government announcements to close schools with the exception of 6th years coming in for a 3-day week, Studyclix ran a survey for 6th year students, asking them to give their opinion on the decisions made. 8,500 students responded to the survey within 12 hours, carried out between the 6th and 7th January 2021. This is an unprecedented number of responses compared to our other surveys, so it's clear this issue is one on which students want their voices heard. Check out the article written about the survey results below.

An overwhelming majority of Leaving Certificate students (84%) are deeply unhappy with the Government’s decision that they should attend school three days a week, while eight out of ten of them do not believe the State exams will actually take place in June.

A nationwide Studyclix.ie survey of 8,500 Leaving Certificate students carried out yesterday (Wednesday January 6th) has also lifted the lid on the devastating impact that the Covid pandemic is having on young people’s mental health.

The survey found that six out of ten Leaving Certificate students (61.4%) describe their current mental health as being “very low” at the moment, with another 31.8% claiming their mental health is worse now than before the pandemic.

Poor mental health is a symptom of the uncertainty and worry surrounding the State exams, but fears over Coronavirus loom large with 90% of students saying believing it is not safe to return to school, in any capacity. Many cited fears for the safety of vulnerable family members – and not their own health - as a reason.

The Studyclix survey found that 70% of students preferred a return to online learning with one in five students (21.5%) responding that they will not be attending school even if it’s open. A majority of students (64%) wanted predicted grades to be the method of assessment this year, as opposed to sitting any exams, with 22% believing that the exams should go ahead but with reduced course material to cover.

Commenting on the high number of students being in favour of predicted grades, teacher and Studyclix co-founder Luke Saunders said:

“I was really surprised by just how many students were in favour of the predicted grade model. These students would have been aware of all the problems and unhappiness caused by the system last year. Aside from the obvious fears over health, I think there is a real concern from students that they will be sitting exams for which they have not covered enough course material or completed the relevant projects."

Commenting on the poor levels of mental health being reported by students, teacher and Studyclix co-founder Luke Saunders said:

“As many Irish adults will know, the Leaving Cert is a hugely stressful time in these students’ lives. Our survey shows that a huge majority (80.8% ) of students are not confident that the Leaving Cert will even take place. Adding all this uncertainty makes it even more stressful."

“I know it is easier said than done but there are only two scenarios that can happen; the leaving cert goes ahead as planned, or we have a repeat of the predicted grades scenario. In each case, as hard as it sounds, students need to try to keep working."

Leaving Cert student Jack Doyle, who took part in the survey said: “I don't mind predicted grades and I don't mind doing a Leaving Cert. All I ask is that we get 100% Confirmation of an exam or no exam. If an exam is to go ahead fine, but I do not want it to change regardless of if we have 100,000 cases a day or 0 a day. The thought of studying for an exam that may not happen is stressful, frustrating, exhausting but more importantly, it feels like a waste of time. At least the UK were clear from the start.”

Despite student criticism of Education minister Norma Foley and decisions made by her department, Luke said he had some sympathy with the Government’s intentions – to help students to prepare adequately for their Leaving Certificate.

He said: “I feel the minister is between a rock and a hard place on this one. There is no decision that she can make that will avoid problems down the line.  A return to the predicted grades model has its own difficulties as we saw so clearly last year. Since the start of the current school year, there has been a clear government policy to prioritise keeping education on track. I feel if this year’s Leaving Cert students, who already missed three months of school last year, were to miss any more face-to-face school time that it just would not be feasible to have exams this year. I think the minister has chosen to stick with her belief that schools are safe and that the running of a ‘traditional’ Leaving Cert is prioritised.”

Studyclix offers its service in Australia where schools specially reopened for exam students last year. Luke added: “Owing to the fact that we recently launched a version of Studyclix in Victoria, I was able to see, first-hand, how other exam systems are coping, albeit with far lower infections.  In Victoria, schools were reopened for exam year students before opening up to the full school population when Covid infections were under control. Importantly though, early on they cut the syllabus for the purpose of the exam early so that students had to cover less material in each subject. ”

Here are some more student opinions on the topic:

"What the government has purposed will leave some students with an extremely difficult decision. Are they to stay at home and protect themselves and possible relatives with underlying conditions? Or are they to go into school, into an environment where social distancing is extremely difficult to police for the sake of a "traditional leaving cert exam" come June. This is an entirely unfair decision to put on the class of 2021. We lose out by protecting those who are most vulnerable. I wish to also mention that nothing about this year has or will be "traditional". In fact the very use of the word I find insulting. Never before have students had to undertake what is already an intense and stressful course with virtually no other outlets. No going out with friends, no group sports, no clubs etc. We as a generation have been stripped of a normal teenage experience and are now been asked to put ourselves and our families in the line of fire once again to satisfy the governments "leaving cert at all costs" agenda. " - Sorcha Cronin

"I honestly think there should be a choice between doing predicted grading or sitting the exams, all schools and even students are at different levels and we should be flexible with the manner we approach the 2021 Leaving certificate. I also believe the majority of the students are not being listened to and most decisions made by our government are influenced by the agenda of continuing tradition. Tradition is not more important than the physical and mental well-being of students and teachers." - Kotryna Kurseviciute

"At the very least, students should be given options. Students that need or want to attend school in person should be optional, as it doesn't suit many families (especially those with frontline or essential workers). Those who want to sit a Leaving Cert exam should be allowed, but so should predicted grades. This year, many schools like my own have had very frequent testing all year, so predicted grades would be honest and reliable. Not to mention, we have missed almost a third of this course and mental health for many is at an all-time low. At the very least, all students deserve to have an individual choice, like last years students. We just want choice." - Abbie Millar 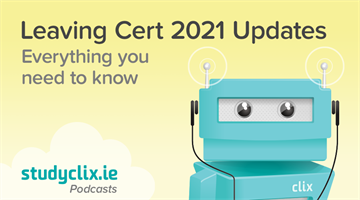 Podcasts
Podcast: Latest Announcements on Leaving Cert 2021
Last week, the government announced its plan for Leaving Cert 2021 and how it will go ahead. There was a lot of confusion about certain aspects of the plan, therefore students were left with lots of questions. To answer those questions, we invited Donnchadh O'Mahony from Leaving Cert Guidance onto the Studyclix Podcast. Donnchadh breaks down the latest updates ... 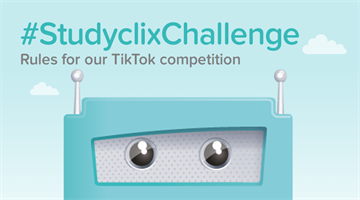 #StudyclixChallenge: Rules for our TikTok Competition
Ahead of schools going back next month, we're launching a Back To School competition on TikTok! Introducing...The Studyclix Challenge The Studyclix Challenge is all using TikTok to create a video of you transitioning from your home study look to your school uniform (or school outfit for those who don't have a uniform!) Got a great idea for the challenge? It... 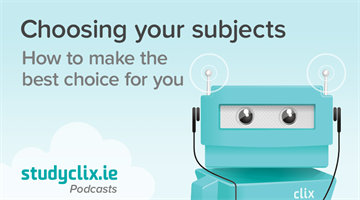 Podcast: How To Choose Your Subjects
If you're in 1st, 3rd or 4th year, you're probably wrestling with what subjects to take on for the next two years. It may seem like a straight-forward task but it does involve a lot of thinking so that you make the best decision for yourself.  In this episode of the Studyclix Podcast, Eimear and Nessa take you through a list of what you need to consider b...
See all
Tags
Leaving Cert News